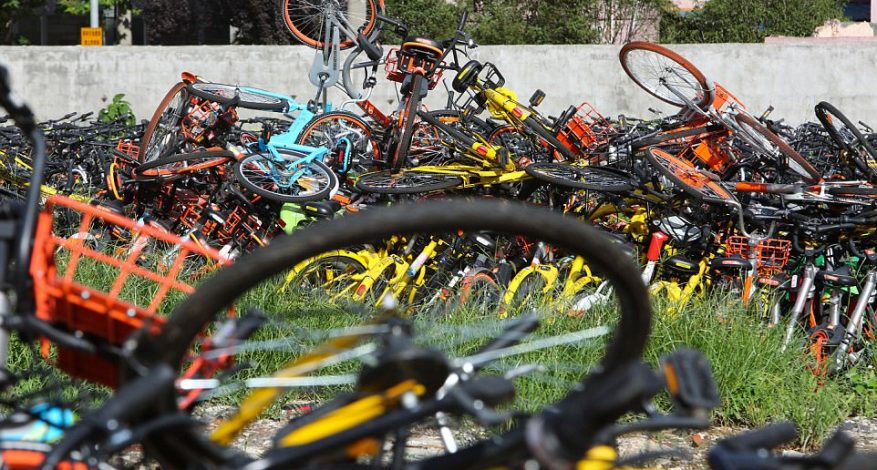 For several months Working Bikes has been receiving emails and inquiries regarding how one may rescue dockless bike share bikes from the wanton destruction being documented in China. As cyclists and recyclists, the staff and volunteers of Working Bikes are heavily motivated to find the best function for underutilized bicycles, but given the condition and location of many of these bikes it has been far outside our organization’s ability.

Ofo had a short-lived visit in Chicago. Before and during the Ofo trial period, Working Bikes was in contact with a representative to see how the organizations could collaborate. Many of the dockless vendors balked at Chicago’s initial roll-out, but the need to have “lock-to” bikes, which literally are locked to a bike rack when not in use, caused Ofo to leave the market.

Recently, Ofo has announced that they were leaving a number of cities in North America following attempts at expansion of their dockless system. Working Bikes received a call regarding nearly 800 brand new and nearly new dockless bicycles in Seattle that needed to be donated, or they would be disposed of. It was kismet that Africycle in Malawi was already familiar with the bikes due to Rihanna’s Clara Lionel Foundation. After working through some logistical issues we are proud to announce that Africycle has been able to negotiate shipping a full container of Ofo’s Seattle bicycles to their project in Malawi! More information is available in this article.