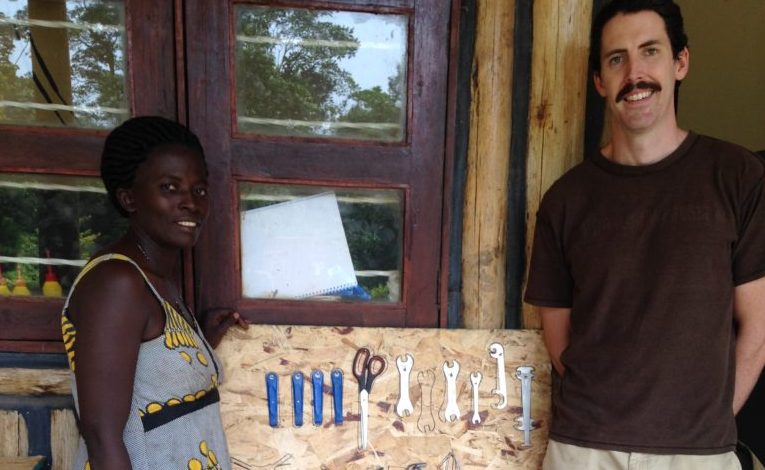 On November 12th, Working Bikes mechanic, Patrick Tivnan boarded a series of planes to travel to Bwindi, Uganda to assist in the training of the staff of a new bicycle project in a village bordering the Bwindi Impenetrable Forest. Patrick brought with him two bags of bike-specific tools, clothes, and a budding mustache. Working Bikes had already sent a total of 849 bikes within two containers, but Patrick would be the first to open them, with the exception of Ugandan customs agents.

Over the course of the next 8 weeks, Patrick w1uld train nearly two dozen women in elements of bicycle mechanics before the five staff members of the new Bwindi Women’s Bicycle Enterprise would be made final. Patrick worked with the women, and the staff of the BCH Bwindi Community Hospital and Guesthouse and Inn as well as those of the Sanctuary Gorilla Forest Camp (of A&K Philanthropy) to create a bicycle work stand, and begin inventorying and repairing the bicycles. As Patrick prepared to leave, sales began with hospital staff. The excitement of available bicycles spread through the community and Patrick returned to Chicago knowing that the future of the remaining bicycles were in the capable and thoughtful hands of Scovia, Proscovia, Penlope, Bridgette, and Beth.